If the answer to these questions is yes, please visit our Scholarships page and fill out an application to apply for the Richard C. Gorecki Scholarship Program. This year, the applicant may submit their application online!

Three $10,000.00 grants will be awarded if there are qualified applicants.

If you have any questions, please reach out to vptrish@polishfalcons.org. 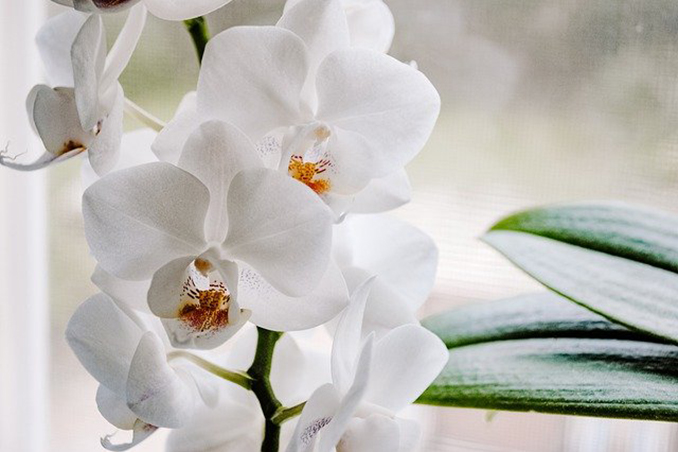 The Nest pages on our website were mentioned last month in one of my blogs. As of this week, a letter has been sent to all Nest Presidents and Financial Secretaries regarding the username and password for each Nest page. If your Nest President does not use a computer and you do, please work with them to get the Nest information.

Each quarter, an updated roster is posted to each Nest page. Other Nest information that previously went out in the monthly mailing is included on these pages. A monthly report is only generated if there is activity (here at the National Office) for the Nest. If no activity; no report!

Now this is exciting news! Instead of mailing out a packet of forms requesting Nest information, the forms are now available on our site. You may use this link. Fill out your forms, hit send and we’re all set!

More exciting news! The Dr. T.A. Starzynski Scholarship application is now available online. Click here to fill out the form, hit send and you have applied. My hope is that now that the application is fillable online, there will be more applicants!

If you have questions, please reach out.

If the referred individual joins PFA as a Benefit Member with a permanent life insurance policy or annuity, you receive $25. Referrals will be paid on a monthly basis. 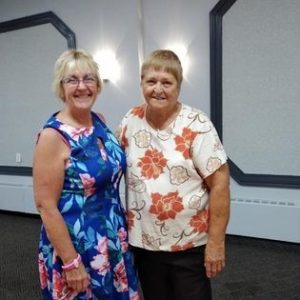 Trish and Marian on October 7, 2018 at a luncheon in Buffalo for breast cancer awareness hosted by Jill Stark

It is with a very heavy heart that I inform you that our Marian Wesolowski passed away the morning of November 22. Druhna had been quite ill for a long time.

Druhna had been the National Physical Education Instructress from 1981 (initially with Druh Edmund Pett) and retired in 2008.

Marian and I met through our work with the Polish Falcons, but we became good friends. I spent lots of time with her at the lake. I shall miss her, but I shall cherish all the memories I have of Marian – both my personal ones as well as Falcon ones.

There will more details in upcoming blogs, as well as in the next issue of the Sokol Polski.

May Druhna Marian rest in peace! 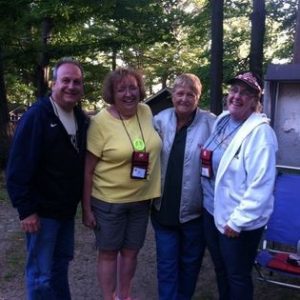 In June of 2016, Marian stopped to visit us while at Angola Camp. Pictured: Dan Michalak, Chris Puskar, Marian, Trish

Quite often, I am chatting with Nest Officers and hear that they do not have a current roster. This is a bit frustrating as every quarter, a Nest roster is uploaded to each Nest page. This takes a considerable amount of time for this information to be posted to each Nests’ page. There is no problem with our doing so, but if it isn’t used!?

I remind the Officer to contact Courtney (even give them her email address) to set up their Nest page. This page (on our site) has the monthly reports, rosters (not all Nests will have a report every month, it is dependent on Nest activity), and other information the Nest may need.

Previously, there was a monthly Nest mailing with all of this information. Rosters were mailed out twice a year. This mailing has not been done in years!

As I mentioned last week, it seems that Erie is the place to be! On October 24, John and I attended the Nest 610 Awards Dinner. I have attended this numerous times and am always amazed at the attendance.

One year, we were on our way to Myrtle Beach. The best is the time I was in Connecticut for an event. I had rented a car and they had given me a Buick LeSabre which I considered to be a “pappap’ car. Well, I was wrong! That car was great! As I drove to the airport in Hartford on Sunday morning, between the leaves and the car, I found myself in Massachusetts. I quickly realized my error and turned around. When we flew out, it was true what I have always heard about autumn in New England. The colors were magnificent. I had a layover in Washington, DC. Again, enjoying the fall foliage as we took off. I landed in the burg, drove up to Erie (yet again enjoying the leaves!) and arrived at Nest 610. A bit late, but they were fine with that as the Steelers were on.

Think about this, there is a cocktail hour, dinner and an awards presentation! Every year, there are so many who come to socialize, thank and acknowledge those who work for the good of the Polish Falcons, specifically Nest 610!
This year is so unique as we all know. Last year, there were no dinners, gatherings or celebrations. I understand the Legion of Honor recipients received their awards as they were delivered by Tony (Pol).

The Star of Merit folks had to wait until the awards dinner. What is so impressive about that is that even though Members did not receive their awards last year, they still gave their all for the golf tournament (and I am sure other events as well!).

That speaks volumes! Just goes to show that while Members do appreciate their awards, they give because of their love for the organization. A huge thank you to all of you!

It takes a tremendous amount of work and dedication to nurture, lead, cultivate and manage a Nest, especially one with a building. I would like to thank all the Nest 610 Officers and Members who make Nest 610 a success!

Hopefully, this trip was the beginning of Nest visits!

For a limited time, refer a New Member who joins PFA with a Safeguard CD Annuity and receive DOUBLE the referrer’s fee! That’s $40 in your pocket! Click here for additional details and to download referral card. Have a question? Please contact John Denning at 800-535-2071 or jdenning@polishfalcons.org.

PFA’s new Term Life Insurance Plan is the perfect choice for young individuals and families looking to plan for tomorrow, today. PFA Term Life can provide a substantial lump sum benefit in the event of a tragic loss helping loved ones pay off a mortgage, credit cards, student loans, and cover funeral expenses.

If you have dependents, then life insurance is a must for everyone in the family. For a low price with our Plan’s optional child rider, insured individuals can add children to their policy without an additional application!

AND, it’s cheaper than you might think. Young individuals in good health can often purchase Term Life Insurance for less than $20 per month!*

*10-year, $100,000 term life policy, non-smoker, age 40 and under. For illustration purposes only. Conditions apply. Not available in the state of New York. Contact us for available options.