It is with great pleasure that I accept the position of National Golf Commissioner.

Druhna Mary Whalen informed our President, Tim, that she would no longer be interested in holding the position of National Golf Commissioner. Thank you, Mary, for a job well done!

Tim asked for my suggestions as to whom should take on this role. I gave him a list of names that I thought might be interested as well as do a good job. I included my name on the list and expressed why I would like to do this.

I did chat with Druhna following my appointment and she shared information regarding the golf. Having chaired a number of National Golf Tournaments, I have worked with Druhna Mary as well as Druh Robert Wienczkowski (who held the position prior to Druhna).

In recent years, I have lost my desire to golf (although with Ryanna golfing, things may change!) but I still like the game and enjoy the tournaments. The advantage with me is that I will not be on the course but at the clubhouse able and willing to help the host Nest.

The first National Golf Tournament I participated in was in 1994, hosted by Nest 493, Batavia, N.Y. There were 248 golfers!

Since that time, I have either participated or helped at most of the National Tournaments (two of the tournaments I missed were due to my involvement with our Youth Programs) and been the Chairperson of several. I have chaired other tournaments during this time for my District, the Polish American Congress Charitable Foundation, the Polish Falcons Heritage Foundation as well as numerous other outings on a personal level. During this time, I have served as the District IV Golf Commissioner (not the entire time but most of it).

Whether I participated in the tournament or not, I was still involved with some of the logistics prior to the event by communicating with the golfers, working with the host Nest and helping with the waivers.

My thinking is that some of the logistics of the tournament should be handled by the Commissioner:

Obviously, the Chair of the tournament from the Nest would be involved and have input. My plan isn’t to come in and take over but to help you create a fun experience for the golfers as well as for you!

In one of my other blogs, I talked about how the National Golf Tournament inadvertently led me to my position as your National First Vice President.

I look forward to working with the golfers! If any of you have any suggestions, please let me know. I am more than willing to listen. We need to increase participation as well as entice other Nests to be the host. 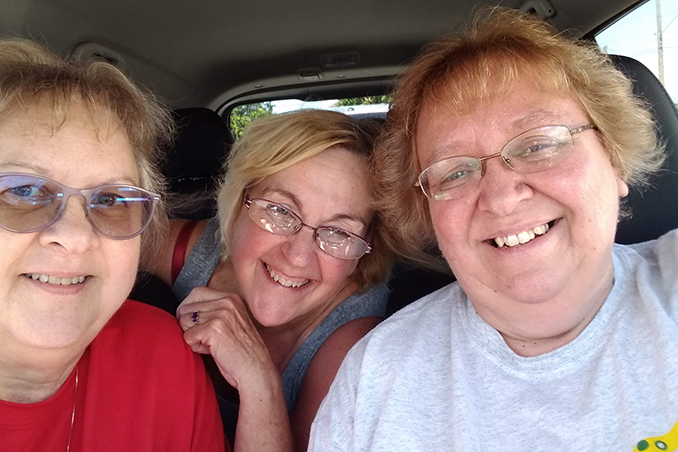 As I sit here finishing up my four-year report, I think of our upcoming Virtual Convention. The reality of this is, is that we don’t have a choice. The PA Insurance Department insisted that we have a Convention and take care of the business that must be handled this year.

There are a couple advantages to a Virtual Convention. Well, maybe one – no travel!

The camaraderie will have to wait until next year. The social gatherings, the Falconette Luncheon, the Legion of Honor Conclave and meeting, hospitality rooms, interactions, auctions, sight-seeing and fun! There is no doubt that Members of Nest 88, New Britain, Conn. will be fabulous hosts.

One of the things that I am disappointed in is that I do not get to present my PowerPoint and explain what I have been doing the last four years as your National First Vice President. I like to put up photos, explain who, what and where and I also like to acknowledge Members. Included in this blog are a few photos of events from the past couple of years; obviously, I am not able to explain everything.

I am hoping that all of our Delegates take the time to read our reports ahead of time. Each Delegate will receive a binder prior to the Convention which will contain reports and other information needed for the Convention.

Hopefully, all of the Nests have elected their Delegates. The deadline for National Headquarters to receive the mandate forms is October 20. Please visit polishfalcons.org/national-convention. The form is fillable, fill it out, save it, then attach it as an email and send to convention2020@polishfalcons.org. Again, deadline is October 20. Once we receive your forms, we need to verify membership and dues.

Looking forward to our Convention on Saturday, November 21.

Fraternals were formed with a common cause in mind; the PFA is obviously ethnic-based. We do now permit those who are not Polish but have a genuine interest in the Polish culture and traditions.